Bedrooms were usually small and dimly lit, with a bed, storage chests for clothes, a screen to dress behind, and sometimes a washstand and a vanity.  Everyone folded clothes, even dresses, for storage until in the late 19th century airing out textiles was considered good for health.  Husbands and wives in America did not often sleep in separate bedrooms (usually only the most wealthy), although they might have had separate dressing areas.  Excerpt taken from: http://victorianhomedollhouse.com 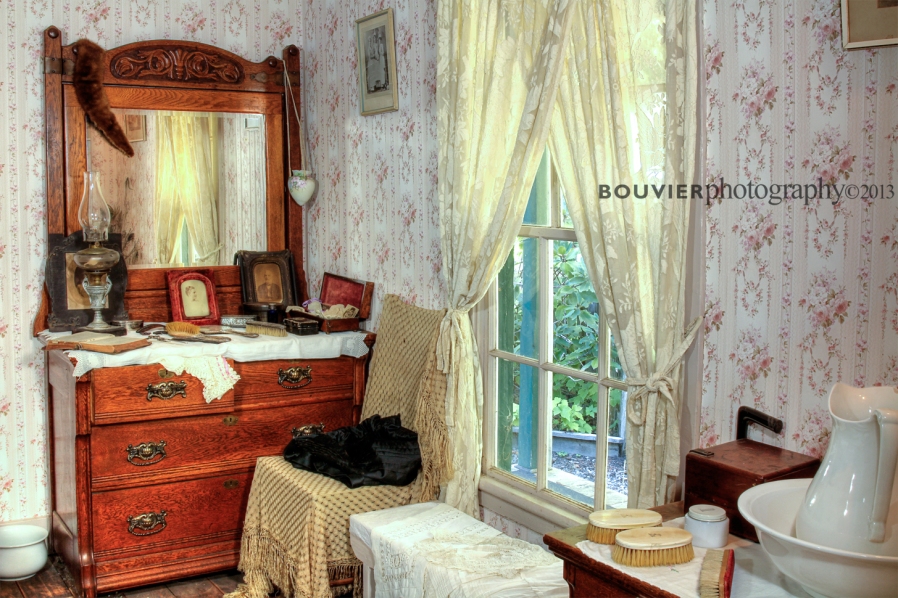 Entranced by rural and urban decay. I am drawn to these forlorn sites because they emote conflicting sentiments of beauty and disintegration.